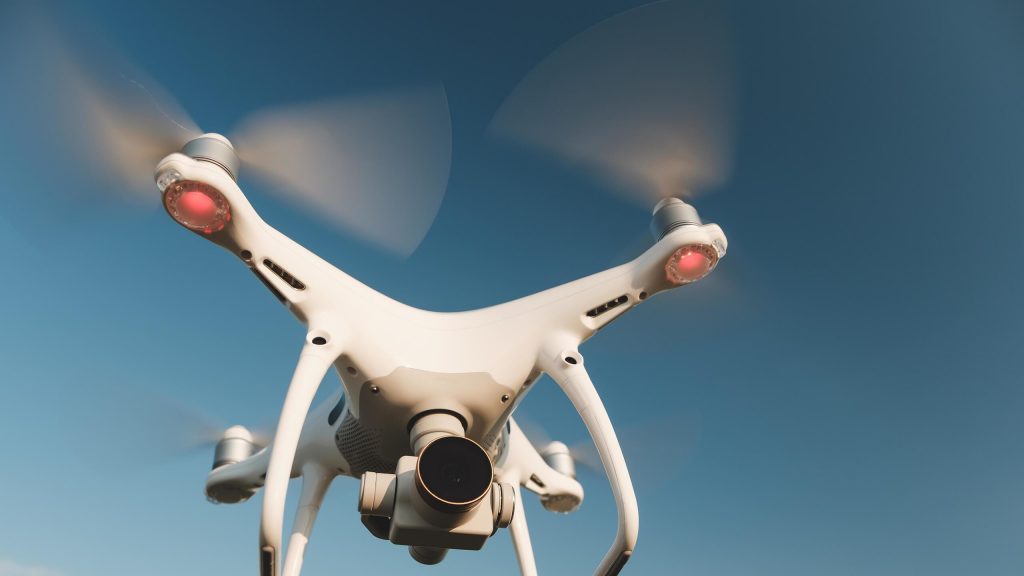 A quadcopter, also called a quadrotor helicopter or quadrotor, is a multirotor helicopter that is lifted and propelled by four rotors. Quadcopters are classified as rotorcraft, as opposed to fixed-wing aircraft, because their lift is generated by a set of rotors (vertically oriented propellers).

Quadcopters generally use two pairs of identical fixed pitched propellers; two clockwise (CW) and two counterclockwise (CCW). These use independent variation of the speed of each rotor to achieve control. By changing the speed of each rotor it is possible to specifically generate a desired total thrust; to locate for the centre of thrust both laterally and longitudinally; and to create a desired total torque, or turning force.

Quadcopters differ from conventional helicopters, which use rotors that are able to vary the pitch of their blades dynamically as they move around the rotor hub.

Quadcopters differ from conventional helicopters, which use rotors that are able to vary the pitch of their blades dynamically as they move around the rotor hub. In the early days of flight, quadcopters (then referred to either as ‘quadrotors’ or ‘helicopters’) were seen as possible solutions to some of the persistent problems in vertical flight. Torque-induced control issues (as well as efficiency issues originating from the tail rotor, which generates no useful lift) can be eliminated by counter-rotation, and the relatively short blades are much easier to construct. A number of manned designs appeared in the 1920s and 1930s. These vehicles were among the first successful heavier-than-air vertical take off and landing (VTOL) vehicles. However, early prototypes suffered from poor performance, and latter prototypes required too much pilot work load, due to poor stability augmentation and limited control authority.

In the late 2000s, advances in electronics allowed the production of cheap lightweight flight controllers, accelerometers (IMU), global positioning system and cameras. This resulted in the quadcopter configuration becoming popular for small unmanned aerial vehicles. With their small size and maneuverability, these quadcopters can be flown indoors as well as outdoors.

At a small size, quadcopters are cheaper and more durable than conventional helicopters due to their mechanical simplicity. Their smaller blades are also advantageous because they possess less kinetic energy, reducing their ability to cause damage. For small-scale quadcopters, this makes the vehicles safer for close interaction. It is also possible to fit quadcopters with guards that enclose the rotors, further reducing the potential for damage. However, as size increases, fixed propeller quadcopters develop disadvantages over conventional helicopters. Increasing blade size increases their momentum. This means that changes in blade speed take longer, which negatively impacts control. Helicopters do not experience this problem as increasing the size of the rotor disk does not significantly impact the ability to control blade pitch.

Due to their ease of construction and control, quadcopter aircraft are frequently used as amateur model aircraft projects.