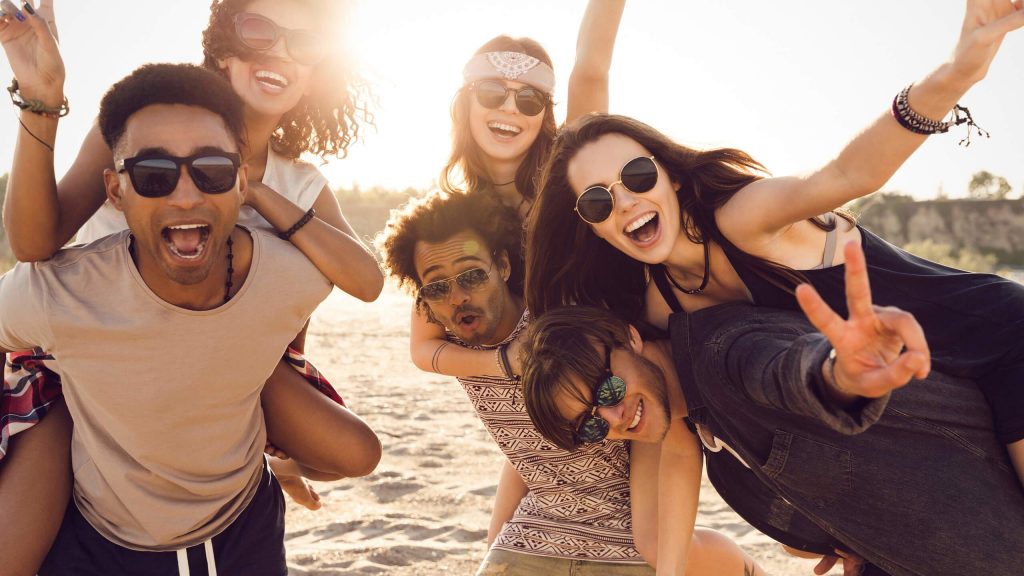 The Full Moon Party is an all-night beach party that originated in Haad Rin on the island of Ko Pha Ngan, Thailand on the night of, before or after every full moon. It is mostly attended by tourists.

The first Full Moon Party was improvised at a Paradise Bungalows on the beach in 1988, for giving thanks to about 20–30 travelers. The parties gained fame through word of mouth, and the event now draws a crowd of about 5,000–30,000 every full moon evening. The party carries on until the sun rises the next day. The bars on the sunrise beach of Haad Rin town stay open and play music such as psychedelic trance, R&B, drum and bass, house, dance and reggae. The modern event has become a part of the itinerary of many travellers to Southeast Asia.

The success of the Full Moon Party prompted the creation of “Half Moon”, “Black (sic. New) Moon”, and other parties. The ruling military government in late-2014 banned all but the Full Moon Party, the application of sweeping edicts such as this, a proven method of levering the secondary party organizers and local business people adhoc into garnishing further contributions to said administrative coffers. but the 2014 edict may not have been observed by local authorities, given that, as of 5 April 2015, all parties except the Full Moon Party were again banned on Ko Pha Ngan.

The success of the Full Moon Party prompted the creation of “Half Moon”, “Black (sic. New) Moon”, and other parties.

This is to stop the noise pollution which has become a constant source of irritation for the islanders. The ban was ordered by Pha Ngan district chief officer, Mr Krirkkrai Songthani, after a meeting with local leaders on 3 April to discuss complaints from many residents about the various parties which are held up to 25 times a month at one coconut plantation or another on the island.

However, these bans are only ever short lived, and lapse once they have served their unstated purpose. Allowing the re-proliferation of parties. Given the junta’s stated goal of attracting higher-class (wealthier) tourists, it is unclear how much longer the Full Moon Party will be permitted to continue. Already, the Tourist Authority of Thailand (TAT) webpage for Ko Pha Ngan barely makes mention of the Full Moon Party. A police colonel summed up the attitude of the new government when he said, “The sort of tourist that comes here to drink too much and take drugs are not the type that Thailand wants.”