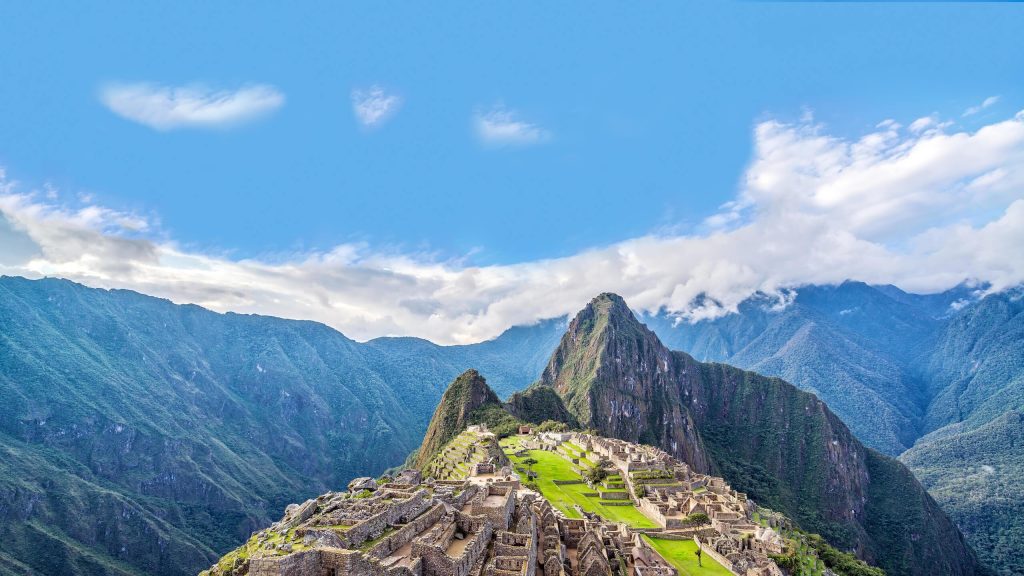 Machu Picchu is a 15th-century Inca citadel situated on a mountain. It is located in the Cusco Region, Urubamba Province, Machupicchu District in Peru, above the Sacred Valley, which is 80 kilometres (50 mi) northwest of Cuzco and through which the Urubamba River flows.

Most archaeologists believe that Machu Picchu was constructed as an estate for the Inca emperor Pachacuti (1438–1472). Often mistakenly referred to as the “Lost City of the Incas” (a title more accurately applied to Vilcabamba), it is the most familiar icon of Inca civilization. The Incas built the estate around 1450 but abandoned it a century later at the time of the Spanish Conquest. Although known locally, it was not known to the Spanish during the colonial period and remained unknown to the outside world until American historian Hiram Bingham brought it to international attention in 1911.

Machu Picchu was built in the classical Inca style, with polished dry-stone walls. Its three primary structures are the Intihuatana, the Temple of the Sun, and the Room of the Three Windows. Most of the outlying buildings have been reconstructed in order to give tourists a better idea of how they originally appeared. By 1976, thirty percent of Machu Picchu had been restored and restoration continues.

Machu Picchu was declared a Peruvian Historic Sanctuary in 1981 and a UNESCO World Heritage Site in 1983. In 2007

Machu Picchu was declared a Peruvian Historic Sanctuary in 1981 and a UNESCO World Heritage Site in 1983. In 2007, Machu Picchu was voted one of the New Seven Wonders of the World in a worldwide Internet poll.

In the Quechua language, machu means “old” or “old person”, while pikchu means “peak; mountain or prominence with a broad base that ends in sharp peaks”, hence the name of the site means “old peak”.

Though Machu Picchu is considered to be a “royal” estate, surprisingly, the estate would not have been passed down in the line of succession. It was only used for approximately 80 years before being abandoned seemingly due to destruction of the Spanish Conquests in other parts of the Inca Empire. It is possible that most of its inhabitants died from smallpox introduced by travellers before the Spanish conquistadors arrived in the area.