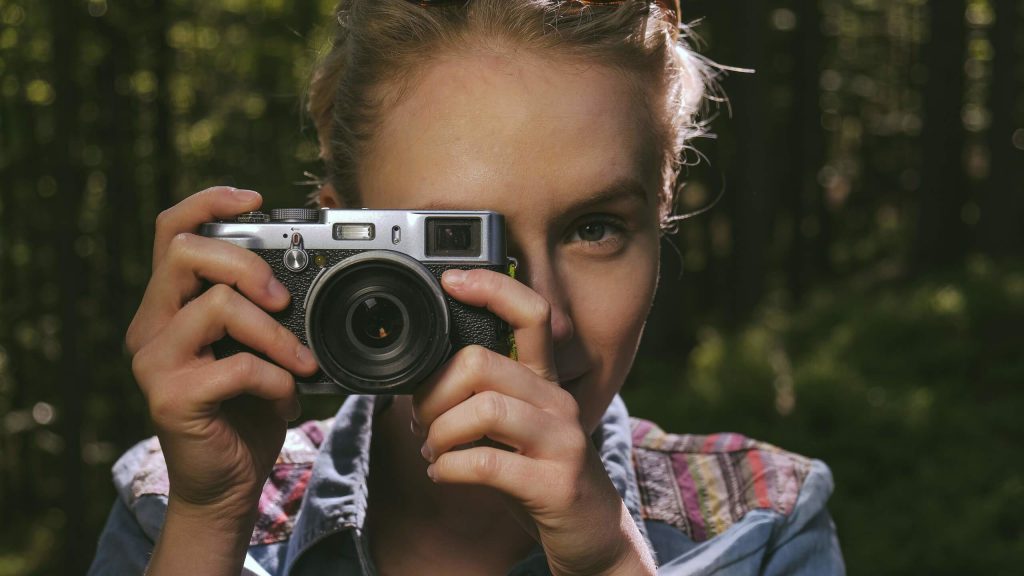 A camera is an optical instrument for recording or capturing images, which may be stored locally, transmitted to another location, or both. The images may be individual still photographs or sequences of images constituting videos or movies. The camera is a remote sensing device as it senses subjects without any contact .

The word camera comes from camera obscura, which means “dark chamber” and is the Latin name of the original device for projecting an image of external reality onto a flat surface. The modern photographic camera evolved from the camera obscura. The functioning of the camera is very similar to the functioning of the human eye. The first permanent photograph was made in 1826 by Joseph Nicéphore Niépce.

All cameras use the same basic design: light enters an enclosed box through a converging lens/convex lens and an image is recorded on a light-sensitive medium

A camera works with the light of the visible spectrum or with other portions of the electromagnetic spectrum. A still camera is an optical device which creates a single image of an object or scene and records it on an electronic sensor or photographic film. All cameras use the same basic design: light enters an enclosed box through a converging lens/convex lens and an image is recorded on a light-sensitive medium(mainly a transition metal-halide). A shutter mechanism controls the length of time that light can enter the camera. Most photographic cameras have functions that allow a person to view the scene to be recorded, allow for a desired part of the scene to be in focus, and to control the exposure so that it is not too bright or too dim. A display, often a liquid crystal display (LCD), permits the user to view the scene to be recorded and settings such as ISO speed, exposure, and shutter speed.

A movie camera or a video camera operates similarly to a still camera, except it records a series of static images in rapid succession, commonly at a rate of 24 frames per second. When the images are combined and displayed in order, the illusion of motion is achieved.

The forerunner to the photographic camera was the camera obscura. Camera obscura (Latin for “dark room”) is the natural phenomenon that occurs when an image of a scene at the other side of a screen (or for instance a wall) is projected through a small hole in that screen and forms an inverted image (left to right and upside down) on a surface opposite to the opening. The oldest known record of this principle is a description by Han Chinese philosopher Mozi (ca. 470 to ca. 391 BC). Mozi correctly asserted the camera obscura image is inverted because light travels inside the camera straight lines from its source.

The use of a lens in the opening of a wall or closed window shutter of a darkened room to project images used as a drawing aid has been traced back to circa 1550. Since the late 17th century, portable camera obscura devices in tents and boxes were used as a drawing aid.