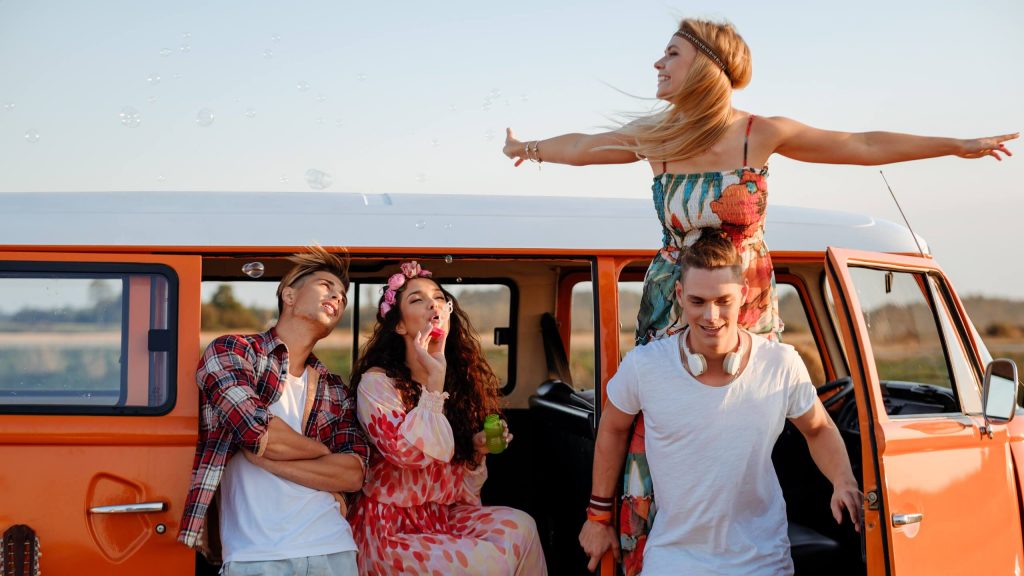 Presently there is a dedicated signposted scenic route in Baden-Württemberg called the Bertha Benz Memorial Route to commemorate her historic first road trip.

The world’s first recorded long distance road trip by automobile took place in Germany in August 1888 when Bertha Benz, the wife of Karl Benz, the inventor of the first patented motor car (the Benz Patent-Motorwagen), travelled from Mannheim to Pforzheim (a distance of 106 km (66 mi)) in the third experimental Benz motor car (which had a maximum speed of 10 miles per hour (16 km/h)) and back, with her two teenage sons Richard and Eugen, but without the consent and knowledge of her husband.

The first successful North American transcontinental trip by automobile took place in 1903 and was piloted by H. Nelson Jackson and Sewall K. Crocker, accompanied by a dog named Bud.

Her official reason was that she wanted to visit her mother but unofficially she intended to generate publicity for her husband’s invention (which had only been used on short test drives before), which succeeded as the automobile took off greatly afterwards and the Benz’s family business eventually evolved into the present day Mercedes-Benz company.

The first successful North American transcontinental trip by automobile took place in 1903 and was piloted by H. Nelson Jackson and Sewall K. Crocker, accompanied by a dog named Bud. The trip was completed using a 1903 Winton Touring Car, dubbed “Vermont” by Jackson. The trip took a total of 63 days between San Francisco and New York, costing US$8,000. The total cost included items such as food, gasoline, lodging, tires, parts, other supplies, and the cost of the Winton.

The first woman to cross the American landscape by car was Alice Ramsey with three female passengers in 1909. Ramsey left from Hell’s Gate in Manhattan, New York and traveled 59 days to San Francisco, California. Ramsey was followed in 1910 by Blanche Stuart Scott, who is often mistakenly cited as the first woman to make the cross-country journey by automobile East-to-West (but was a true pioneer in aviation).

New highways in the early 20th century helped propel automobile travel in the United States, primarily cross-country travel. Commissioned in 1926, and completely paved near the end of the 1930s, U.S. Route 66 is a living icon of early modern road tripping.

Motorists ventured cross-country for holiday as well as migrating to California and other locations. The modern American road trip began to take shape in the late 1930s and into the 1940s, ushering in an era of a nation on the move.

The 1950s saw rapid growth of ownership of automobiles by American families. The automobile, now a trusted mode of transportation, was being widely used for not only commuting, but leisure trips as well.

As a result of this new vacation-by-road style, many businesses began to cater to road-weary travelers. More reliable vehicles and services made long distance road trips easier for families, as the length of time required to cross the continent was reduced from months to days. Within one week, the average family can travel to destinations across North America.

The greatest change to the American road trip was the start, and subsequent expansion, of the Interstate Highway System. The higher speeds and controlled access nature of the Interstate allowed for greater distances to be traveled in less time and with improved safety as highways became divided.

Travelers from European countries, Australia, and elsewhere soon came to the US to take part in the American idea of a road trip. Canadians also engaged in road trips taking advantage of the large size of their nation and close proximity to destinations in the United States.